Rev. Mari Gabrielson first got involved with the Unity Movement in 1980, when she helped Rev. Pauline Beauregard pioneer a church in Carlsbad, CA. From there it was several trips to Unity Village for continuing education that qualified her to enter Unity School of Christianity for ministerial studies.

Rev. Mari served the Unity Church in Kansas City, Kansas, and her home church, Unity Church of Hawaii, Diamond Head. She has been regional president for the Unity centers and churches of the West Central Region, Served as president of the Honolulu Ministers Council, President of H.U.L.A – Hawaii Unity Leaders Alliance – ministers from all the Hawaiian islands. She has been active in leadership within the Unity Movement, serving on the Conference and Convention committee, and was a Group Chairperson for the Licensing and Ordination committees for Ministerial Candidates for seven years. More recently, she has served on the Licensing and Ordination committee for ministerial candidates at the Unity Urban School of Ministry in Detroit MI.

Mari and her husband, Mark, met sky diving in Ca. on Mark’s birthday. They have been married for 37 years. They moved to WI from Hawaii, via MN, where they built a Lake home. They have adult children and grandchildren, and parent two four-legged kids, English Springer Spaniels, Brandy and Maggie.

Of Unity Center Milwaukee, Rev. Mari says, “I have never been happier in ministry than I am now. We have such a warm, welcoming, community of individuals, growing on their spiritual path. Our Board of Trustees is truly that – Trust-ee’s. Each member takes seriously the trust the congregation has in them. And each brings their gifts to the table for rich diversity in leadership. We are truly blessed.”

Current Events At A Glance

This Sunday, June 7th, our-soon-to-be ‘transplant’ from California, Cheryl Ann Davis, will be our guest speaker. Back in March, Cheryl Ann was slated to be our speaker, however, the pandemic changed all that. I want you to know a little about Cheryl. She was born into Unity, “clutching a Wee Wisdom” in her fist. She has been a Spiritual Leader, teacher, an active Y. O. U. director, Teen ministry being her passion. She is a branding and marketing person by trade, with lots of creativity. Be on hand to experience Cheryl Ann in her message: “LETTING GOD: Trusting the Currents to Take us Safely Through Life.” 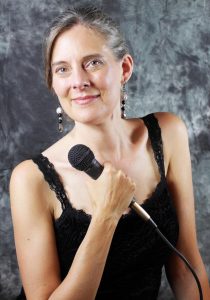 JULIE THOMPSON is back with us this week. Julie always brings smiles and ‘warm fuzzies’ with her music, wit and expertise in making everyone feel like they are just having a musical chat with a close friend.

Prayer Chaplains are eager to serve you in prayer. Please call the church office, 414 475-0105, and request a chaplain. One will return your call shortly. 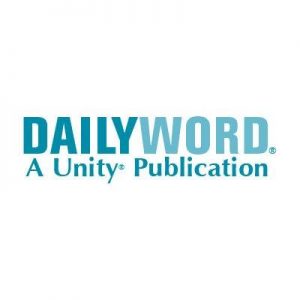 New Daily Word magazines are in. Please call the office if you would like to pick up one. OR call to have one mailed to you, just add $1.00 to whatever you pay for the size you prefer, for mailing.

MINISTER’S BOOK STUDY, meets every Thursday at 9:15-10:45 a.m. We have chosen a new book, My Grandmothers Hands, by therapist and author, Resmaa Menakem. **If you are interested in participating in the class, we are meeting via Zoom online. Please call the office, leave your name and number. Rev Mari will call you back and help you join the group that meets regular class time via Zoom.

SILENT UNITY PRAYER CIRCLE meets every Thursday, following the book study, at 11:00 a.m. All are welcome. This is the time when Unity folk around the world are praying with Silent Unity at World Headquarters, Unity Village, Missouri. **Because we are unable to meet together in our circle, you can join us to pray via Zoom meeting. Leave your name and number at the church office, 414 475-0105. Some one will call you back to help you join the Prayer Circle via Zoom online.

GARDENING ANGELS WELCOME! After removing the overgrown bushes and plants in the Fall from around the outside of the Center, we are now ready to plant new flowers and plants. If you have any ground cover that you are separating, Unity Center would be delighted to have some. Hostas and ferns are a wonderful addition to our beautification project. If you have any living plants or bulbs to donate, we would be most grateful.

KIDS CORNER is our “something new has been added”! We have a tab at the top of the web page, labeled Kids Corner. If you click on this tab, you will find stories, animal videos and more. Different activities are being added for different age groups all the time. Stories will be added with various readers, music with Julie Thompson, and spiritual experiments for older youth. Use this resource when you need a break. It will keep your child open and interested. unitycenterinmilwaukee.com

A COURSE IN MIRACLES meets every Sunday following fellowship in the conference room at 12 noon. This group offers discussion and support on the channeled work with messages and tools for a more balanced and harmonious life. A Love offering is accepted.
MIRACLE MINDED THINKING pod cast with Joann Baumann via Sound Cloud follows our Sunday Service.